Final Cut Pro is Apple's very own video editing software capable of making amazing videos. Its non-linear format allows you to manage multiple video streams at once, and its blazing speeds will enable you to make changes instantaneously. You'll be able to edit audio, video clips, graphics, and more through a single program. Whether it's noise reduction on a scene or adjusting the audio of a clip, you won't have to leave Final Cut Pro to make those changes. You can even use some third-party apps within Final Cut Pro. For optimal video editing, Final Cut Pro offers HDR and ProRes RAW compatibility. HDR, or High Dynamic Range, allows you to edit the brightness, lighting, and coloring of graphics on-screen. Meanwhile, ProRes RAW takes RAW data from the videos for an even more comprehensive video editing experience. Another cool feature for some videographers out there is the 360° editing capability. You'll be able to view 360° footage via an equirectangular screen. From there, you can adjust angles, edit video details, and more for the best 360° video you can make. To see the final product, you'll be able to watch the 360° video in VR headset mode. All of this is made possible with the Metal engine, Apple's engine for Final Cut Pro's video editing features. One of Apple's most advanced engines on the market, the Metal engine is what makes this fantastic program run. Despite all of its great features, it's still customary to have reservations about a new program. However, take it from some of the world's best videographers, several critically-acclaimed films were edited through Final Cut Pro. From Oscar-winning picture Parasite (2019) to a fantastic animated film Kubo and the Two Strings (2016), Final Cut Pro does it all. Final Cut Pro costs $299.99, but you can get a free trial for 90 days right now. 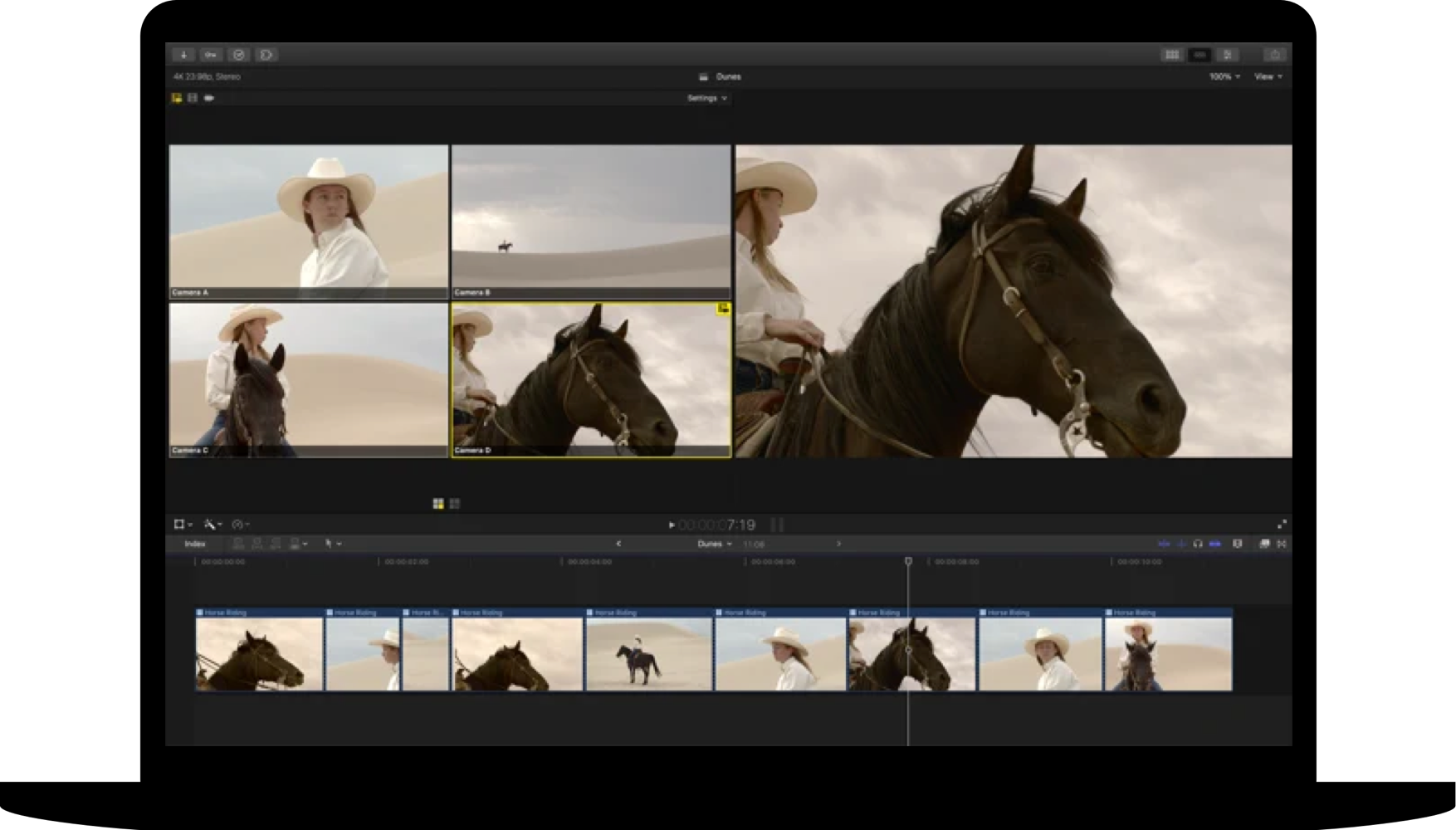 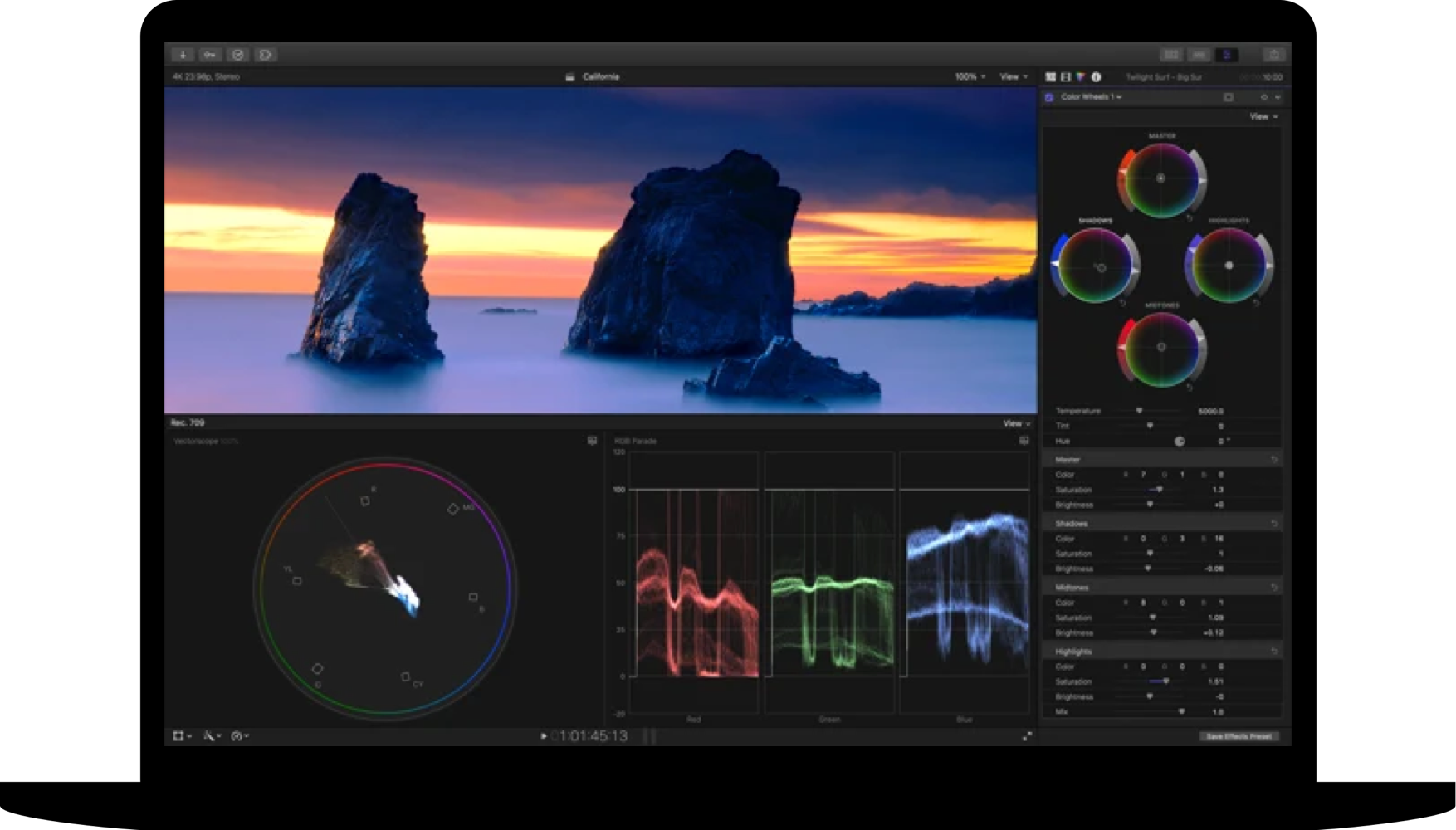 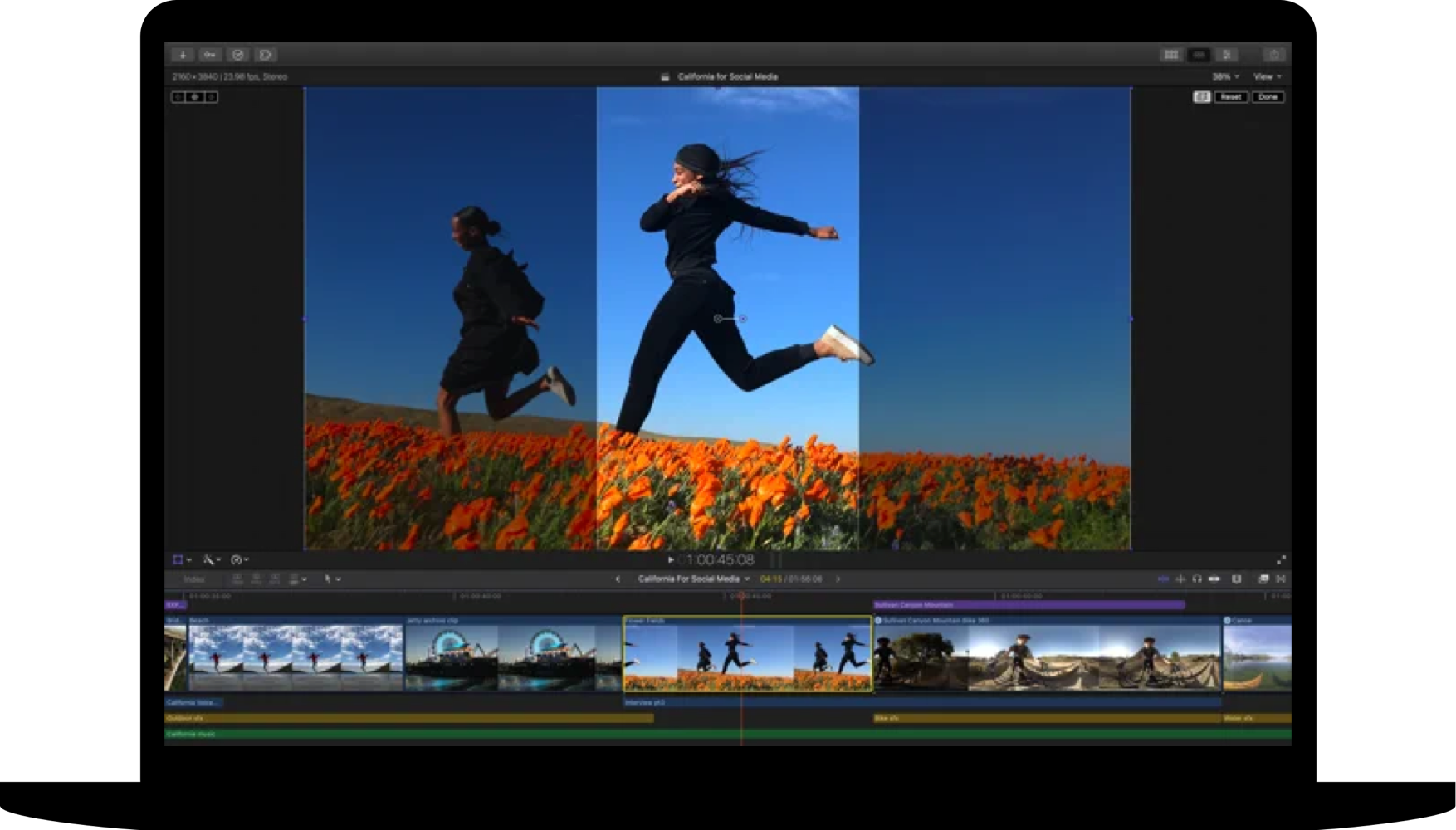